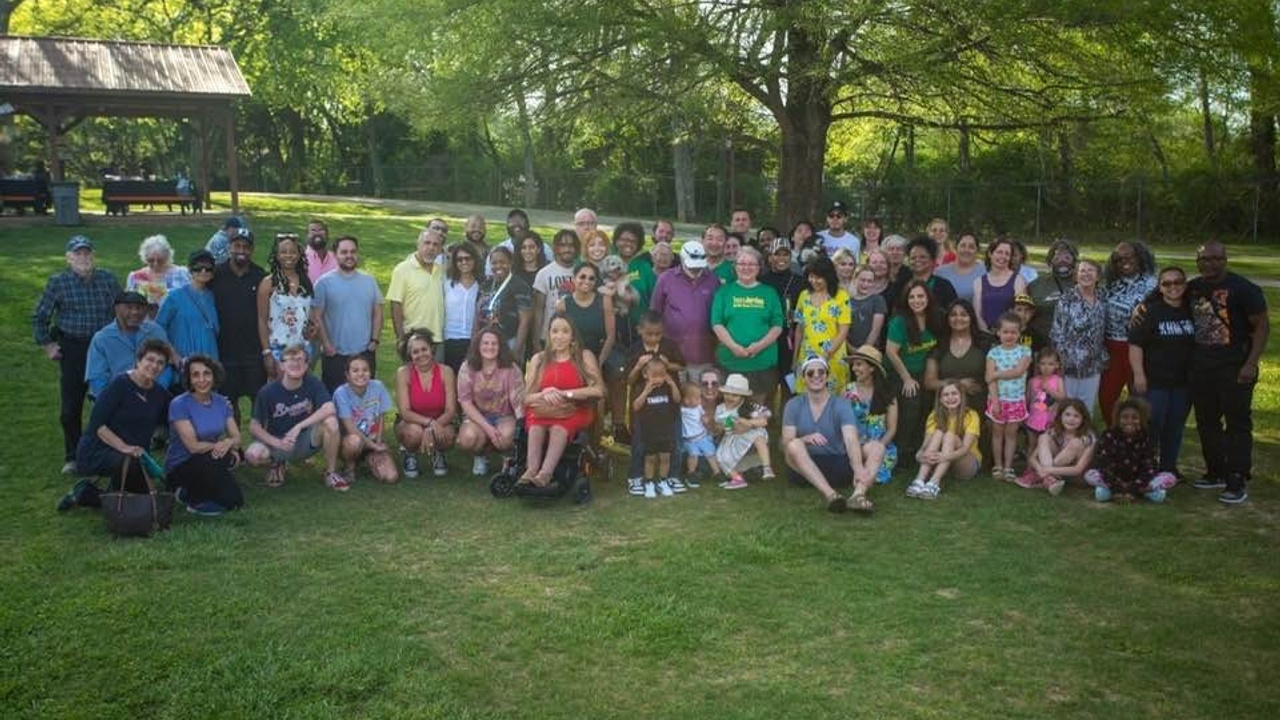 PLACES WE REMEMBER.......The story of a family and their journey through time, pain and discovery

The Story of a Family and their Journey Through Time, Pain & Discovery

Our story begins in 1988 when I first saw a young woman, only 20 at the time, holding a little boy at the Nashville Baha’i Center. She was tall with beaded braids, beautiful, friendly, yet cautious. I did not meet her directly that night, but I was blessed with the good fortune to find a little sandal lying on the floor. Not knowing that the simple act of picking up that tiny shoe would define the rest of my life, I wandered around and found the child it belonged to, sitting on his mother’s lap. Twenty five and a half years later that little boy was in law school at New York University and his mother and I celebrated our twenty-fifth wedding anniversary.

When I met Carmen Journigan it was as if I had always known her. She was then, as she is now, mysterious, complicated, always searching, probing, longing, squeezing joy from the moment but reaching for something still to come, something almost certain yet veiled from certainty - as if within her grasp - majestic, exhilarating, needing just a bit more definition.

Our acquaintance seemed to have been a story of constant coincidence - so much so that the unexplainable became the norm rather than the exception, an almost magical tale marked with wonder, adventure, tenderness, joy, and now accented by unimaginable tragedy - tragedy so painful as to be near unbearable. It is this agonizing event that prompted me to undertake the writing of this book and to share this story - a story even we would not believe had we not lived it.

In a very real way this is the story of our children. People often identify with us through them, as if they preceded us, as if they define the texture and contour of our lives. They have followed us around for so long, but in some ways we have followed them, and still do.

The early years were dotted with the unlikeliest of memories. There were trips Carmen conceived and planned and that we somehow pulled off with little or no money, eating out of a cooler, sleeping at rest stops, but determined to give the children a direct connection to the world around them. Carmen wanted them to learn that they were brothers and sisters to all people everywhere, not just through books and movies but face to face. She wanted them to know their human family, all the good and the not so good, to feel at home in any city, town or village.

A part of this story is about a young man named Jordan Jair Rashan Turner - our son. Why is this history significant? Why should it matter to anyone outside Jordan’s immediate family? Exploring this question and its meaning is the reason this story is being written.

When Jordan died on December 2, 2010, we could have resigned ourselves to celebrating the wonderful memories of his brief eighteen years with us and concentrated our energies solely on our emotional recovery. But it soon became clear that Jordan’s life and death had meaning far beyond our limited understanding. The mystery in all of this does not consume a lot of our thoughts and energy. Trying to figure out why this happened is not our focus. We did that for about two weeks after Jordan died. Then, one night, in her sleep, Carmen sensed him saying to her, “mom, stop trying to figure it out.”  So, we stopped. Since then, we have worked on trying to move beyond the overwhelming grief, recognizing that the pain of Jordan’s absence will never go away. We pray everyday for his progress and happiness in his new life and we ask him to pray for us. We also made a commitment to transform our pain into constructive action for the benefit of others - in Jordan’s name.

The sudden loss of a child is something no one expects or is prepared for. In our case, we were traumatized beyond description, as were Jordan’s brothers and sisters and many who knew him. He was an energetic, focused young man who excelled at everything he did. No parent could hope for a more wonderful son. He was kind, loving and funny. He was an excellent student and athlete. There was no history of mental health problems, drug abuse, disciplinary problems, hostility or any other negative or destructive behavior. There was no hint that this was a young man who would ever entertain the notion of taking his life, but that is exactly what he did.

In the immediate aftermath of his death many who knew him availed themselves of all the information they could find in an effort to discover some clue as to what had happened. People went over his facebook page with a fine-tooth comb. Nothing out of the ordinary was found. We spoke with his siblings, relatives, friends. No clue. I went through his laptop to see what he had searched on the internet. Just typical stuff. His last cell phone bill revealed no unusual calls. We searched his car from top to bottom as had the police before us. His personal belongings from his dorm room revealed nothing. We quizzed his older brothers, Gabriel and Garrison, as to whether there was information out there that was being kept from us. They were emphatic that there was nothing. Though we are sure there has been speculation, we were interested in facts. On that score nothing materialized. The police had nothing to tell us except that he had been killed. They turned over his laptop and his car.

So, we quickly realized that the only explanation was the one that came from Jordan himself. His note. His brief handwritten message to us was left in his car. He told us that he had an intense yearning to experience the Abha Kingdom (heaven) and that he had been called. He wrote that he loved us all very much and would see us soon. There was nothing in the note or the circumstances of what happened to indicate that Jordan was sad or fearful. It almost seemed as if he was joyous, in a hurry, full of anticipation.

If viewed in a spiritual context, Jordan’s explanation is completely plausible. If viewed in a secular context, a variety of possible explanations become apparent. Maybe he had suddenly experienced intense disappointment of some kind and did not communicate this to anyone. Perhaps something bad was about to happen that no one knew about. Was he about to flunk out of school? Was he desperately homesick? Could it be that some form of undiagnosed mental illness or depression manifested itself and led him to take his life? Did an abnormal chemical reaction occur - related in some way to his long-distance running? What was it? It had to be something. What did we miss? What did everyone miss?

We could go down this path and spend the rest of our lives trying to come up with some reasonable scenario as to why this happened. The problem with all of this - all this speculation - is that none of it can be supported with one scintilla of evidence. None of it matches up with anything in Jordan’s history. Nothing in the days leading to Jordan’s death supports any such theory. If we list every conceivable explanation and compare them to the minutes and hours of Jordan’s life, no correlation can be drawn. The dots cannot be connected. There are no straight lines or crooked lines.

The bottom line is that on the morning of December 2, 2010 Jordan was here with us and on the evening of December 2, 2010 he was not. No warning. No hint. In re-examining the weeks and months leading to that day we have been unable to glean one iota of anything that would have given us any indication whatsoever that this was going to happen, or that anything was going to change.  The police asked if he had been depressed. He had not.

If, in fact, there is no clear or even remotely plausible secular explanation for Jordan’s death and if the one and only thing we know is what Jordan told us, we must go forward on that basis. That is what we have done.